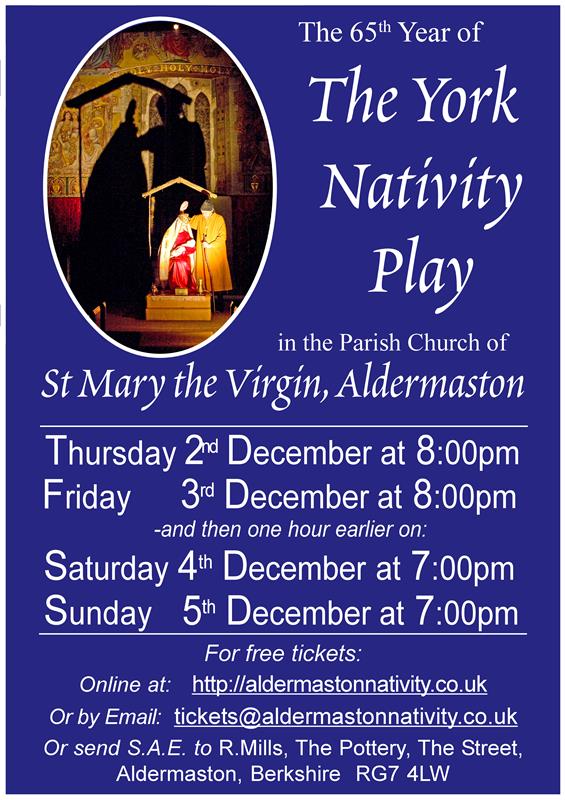 The brainchild of the Director, Pat Eastop, and the Reverend Stanley Young, Aldermaston has staged a Nativity Play every year since 1957. Pat continued directing the play until sadly she died in 2014 after 57 consecutive years of performances, but she had built a robust team of actors, actresses, musicians, backstage and administrative people that these annual performances have continued on as her legacy to the village and people of Aldermaston.

The play is a collection of 8 of the plays from the York Mystery Play cycle that telling the story of the first Christmas.

All the players come from Aldermaston and the surrounding area, some staying for many years in the same role.

This will be the 65th year that the play will have been performed in Aldermaston’s ancient church of St. Mary the Virgin.